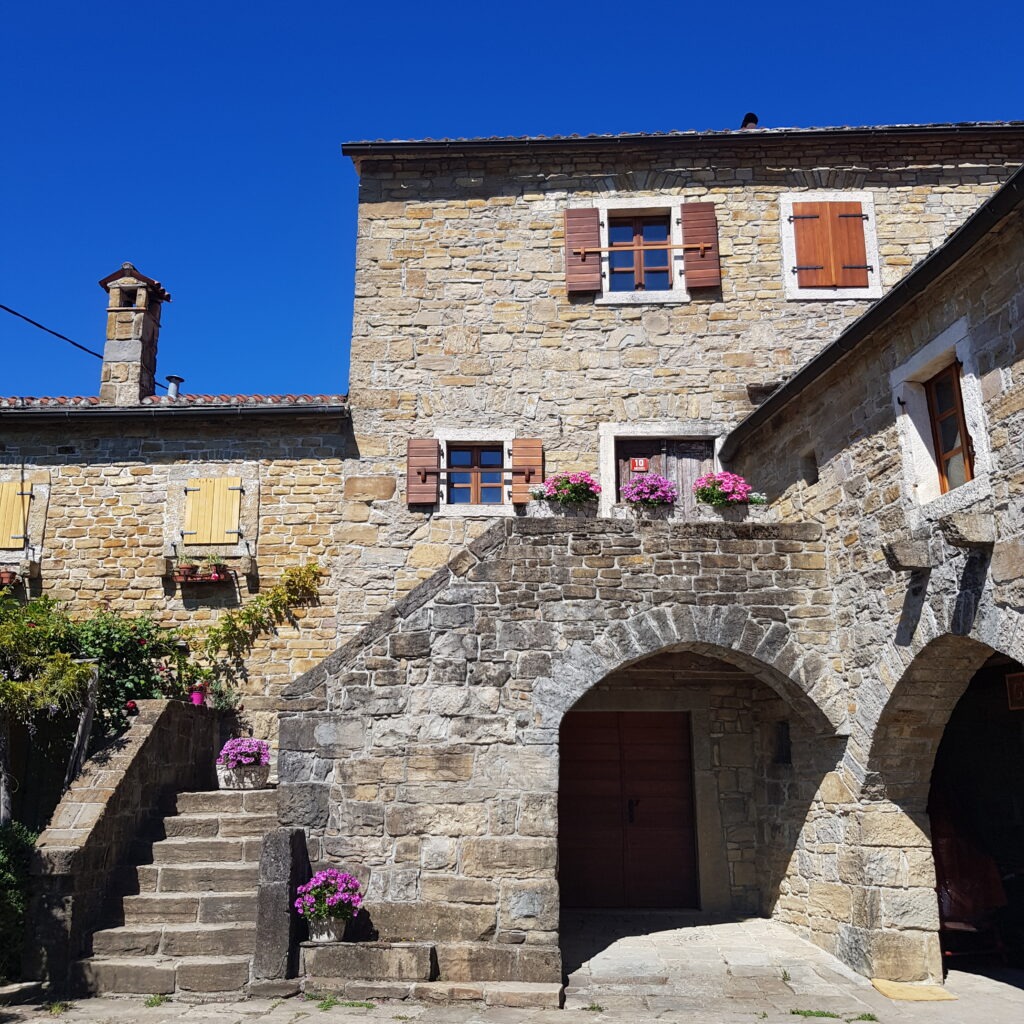 Abitanti is a tight nucleated village with one street, which lies near the border.

The village is characterised by a distinctive Istrian architecture with stone and dry construction. The stone buildings with rich architectural elements, especially “baladur” or “ballatoio” – a covered terrace before the entrance of the house, are believed to originate from the 19th century. The courtyards are paved with stones. The village also has a fountain from 1909, which was restored during the Second World War. What is interesting is that the village does not have a church, but only a chapel.

Beside visiting the homesteads, we also suggest you to visit the Bembić-Ćelov mill in the valley of Malinska from the first half of the 20th century.

In the village of Abitanti, you can also see, according to some sources, the oldest oak in Istria and admire the white mulberry trees and two protected, approximately 150 years old vines of Refosco from Abitanti. Also, livestock farming is slowly returning to the village – again we can see the Istrian cattle “boškarin”, which is an indigenous cattle breed with big horns.

It is interesting that once suitably populated village had no inhabitants for a few years, which is, if we think of the origin of the village name (in Latin habitatores, in Italian abitanti = inhabitants), kind of ironic. In the last years, people have been returning to the village.

Sine 1987, the entire village has been a monument of local importance (settlement heritage).