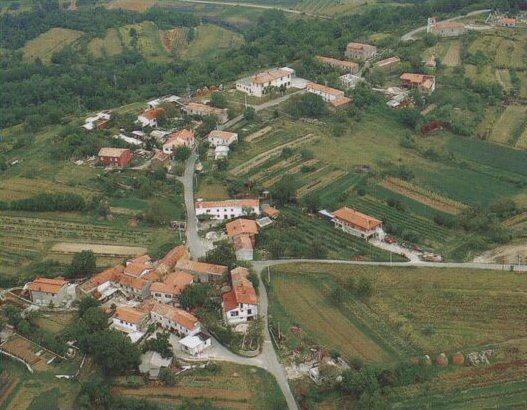 You will definitely notice the remains of the fortress from the Middle Ages named “V Gradu”; partially preserved are both rounded towers with part of the defence wall, which formed part of the defence system along the Venetian-Austrian border (the area also features the Fined cave).

The Church of the Holy Cross was built in the 19th century. It is a single-nave church with 3/8 presbytery, a bell tower in the middle of the main facade, clock, semicircular openings, stone portal and a vestry. The side altars are from 1861.