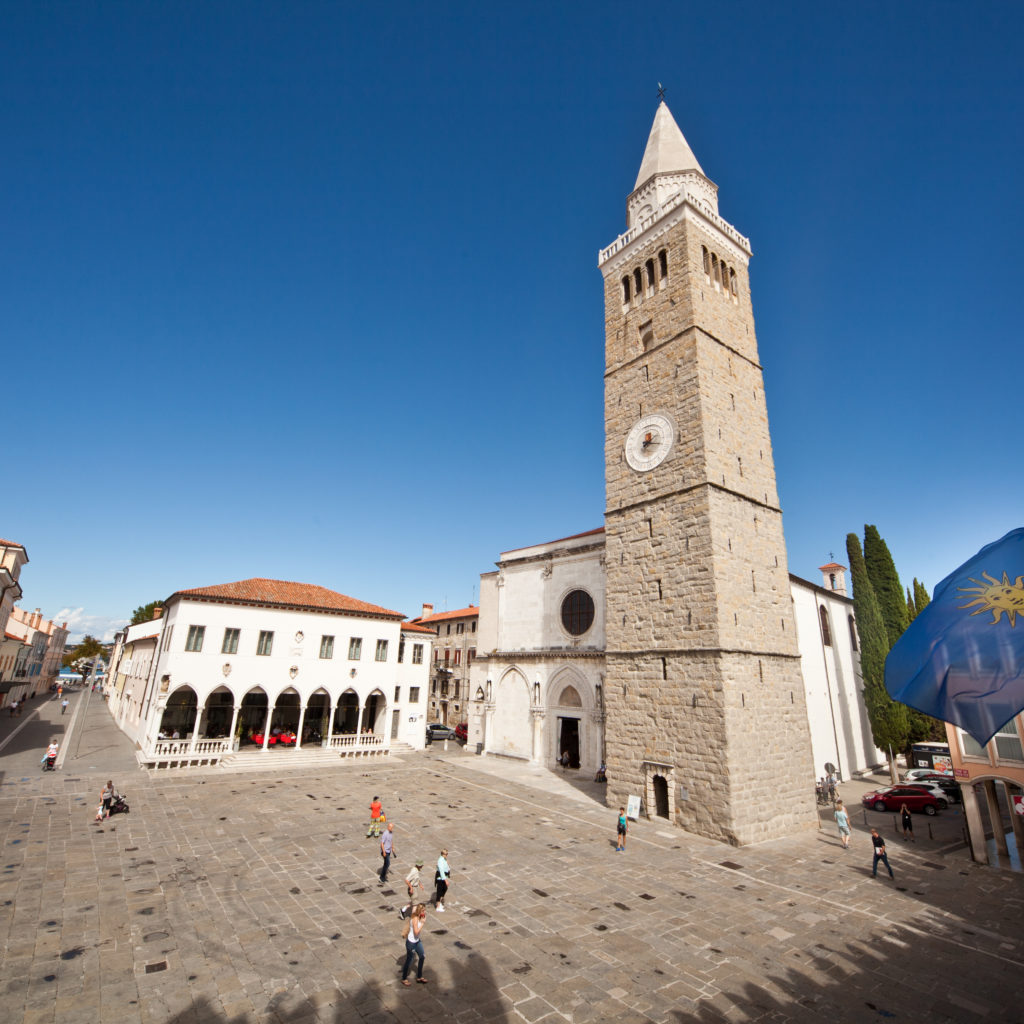 The Bell Tower on the Tito Square is one of the most popular city sights, also due to the amazing view, which the visitors can enjoy from the top of the city tower.

The 54 metres high Bell Tower of Koper, also called the City Tower, the architecture of which is based on a traditional Romanesque fortress, was supposedly erected as early as in the 12th century, but this claim is not confirmed by any reliable data.

It was allegedly reconstructed between 1418 and 1480, and received its current appearance in 1664. The large clock in the middle of the tower was supposedly constructed in 1463. The tower was once an independent building, but in 1488, it was joined with the Church of the Assumption of the Blessed Virgin Mary.

It represented a fortified defence point at the time of the Patriarchate of Aquileia and retained this characteristic during the early Venetian period. On the south side it was connected via an arched bridge to the palace of the vidames, which offered a view of the passage between the main square and the Brolo Square.

A stone stairway was located in front of the entry door, from which the municipal messenger summoned the citizens and announced his messages and the declarations of the podestà.

The bell of St Nazarius, which can be found in the Bell Tower, is the oldest working bell in Slovenia. It was cast in Venice in the foundry of the master craftsmen Jakob and Nikolaj in 1333.

It was the bells in the City Tower that regulated the city life throughout the centuries, since they called to mass, work, rest and they also announced accidents, fires, storms, diseases, shipwrecks, fog and the threats of war.

The City Tower, which was completely renovated some years ago, nowadays offers a gorgeous view of the city and its surroundings, but it is also an excellent orientation point, which marks the city centre due to its overreaching height.

A tour of the Bell Tower of Koper is possible during the TIC opening hours or upon prior arrangement. The lookout platform is set at a height of 43 metres and to reach it, you have to climb 204 steps. Admission tickets are available at the TIC (in the Pretorian Palace). 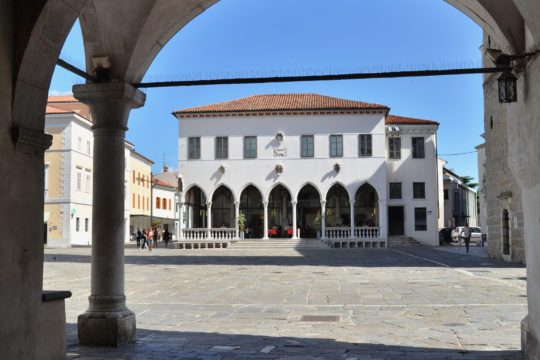