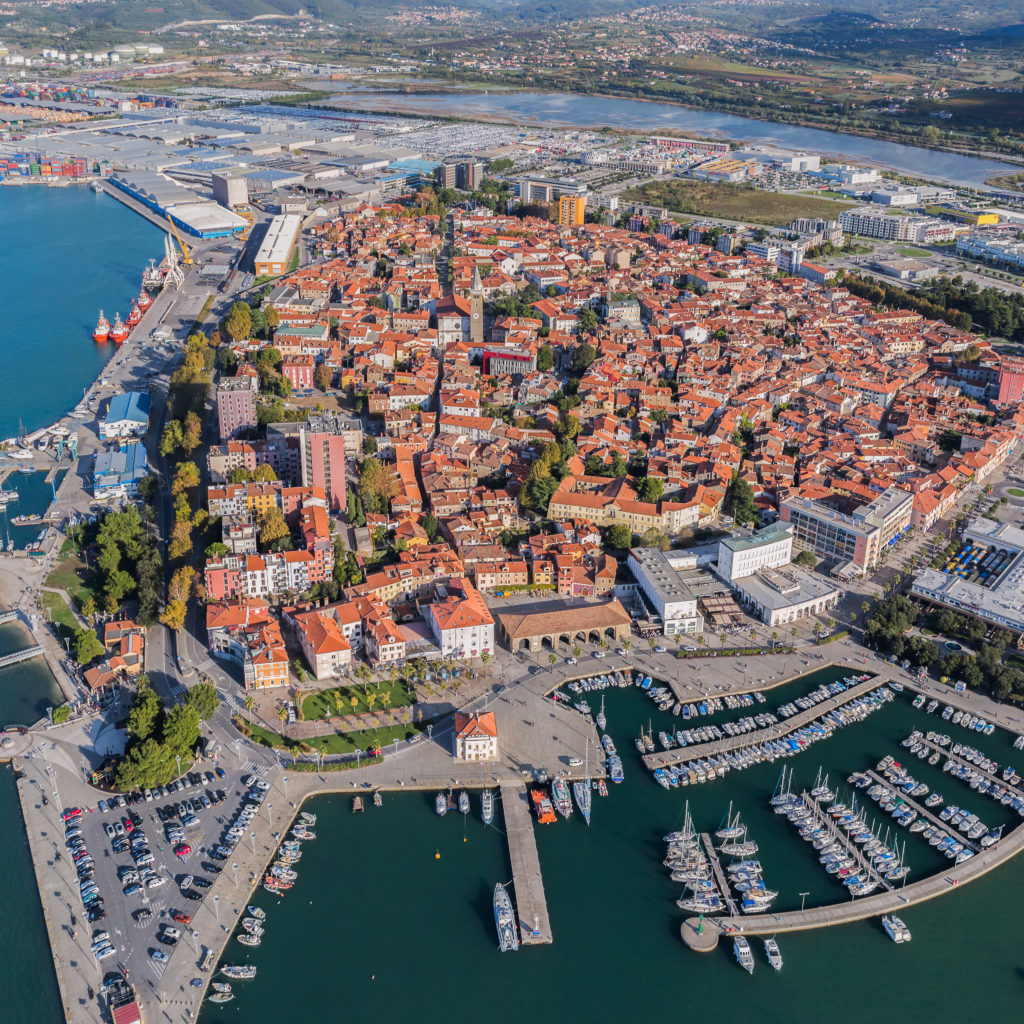 Koper, the largest town of Slovenian Istria and the home of about one half of the population of the Municipality of Koper, is also the only Slovenian port; in addition, it also hosts one of the Slovenian universities.

The town of Koper is considered to be one of the oldest Slovenian towns, with its rich history dating back to the Middle Bronze Age.

Koper was first populated during the time of the Romans and used to be an island; after the Roman Empire, several reigns and countries developed in the area, which led to its different names. The original name of the settlement on the island where the town is located today was Aegida; during the Roman reign, the town was called Capris and later Insula Capraria (Goat Island); the Byzantines called it Justinopolis, while the patriarchs of Aquileia gave it the name Caput Histriae (Head of Istria).

The Venetians, whose influence in the area was the most visible, named the settlement Capo d’Istria (Head of Istria); in addition to the Slovenian version (Koper), this is also the version that is still in use today, with Koper being a bilingual zone.

During the Venetian Republic (13th – 18th century), the town experienced a huge economic and cultural boom. The architecture of the town you can admire today bears witness to it, while the shape of the island was gradually lost during shrinkage of salt evaporation ponds (that were definitely eliminated in 1912).

After the fall of the Venetian Republic, Koper was dominated by the Austrians and, in the meantime, by Napoleon (for a short time); after changes experienced during and after both World Wars, Koper became a part of Yugoslavia and has been a part of the independent republic of Slovenia since 1991.