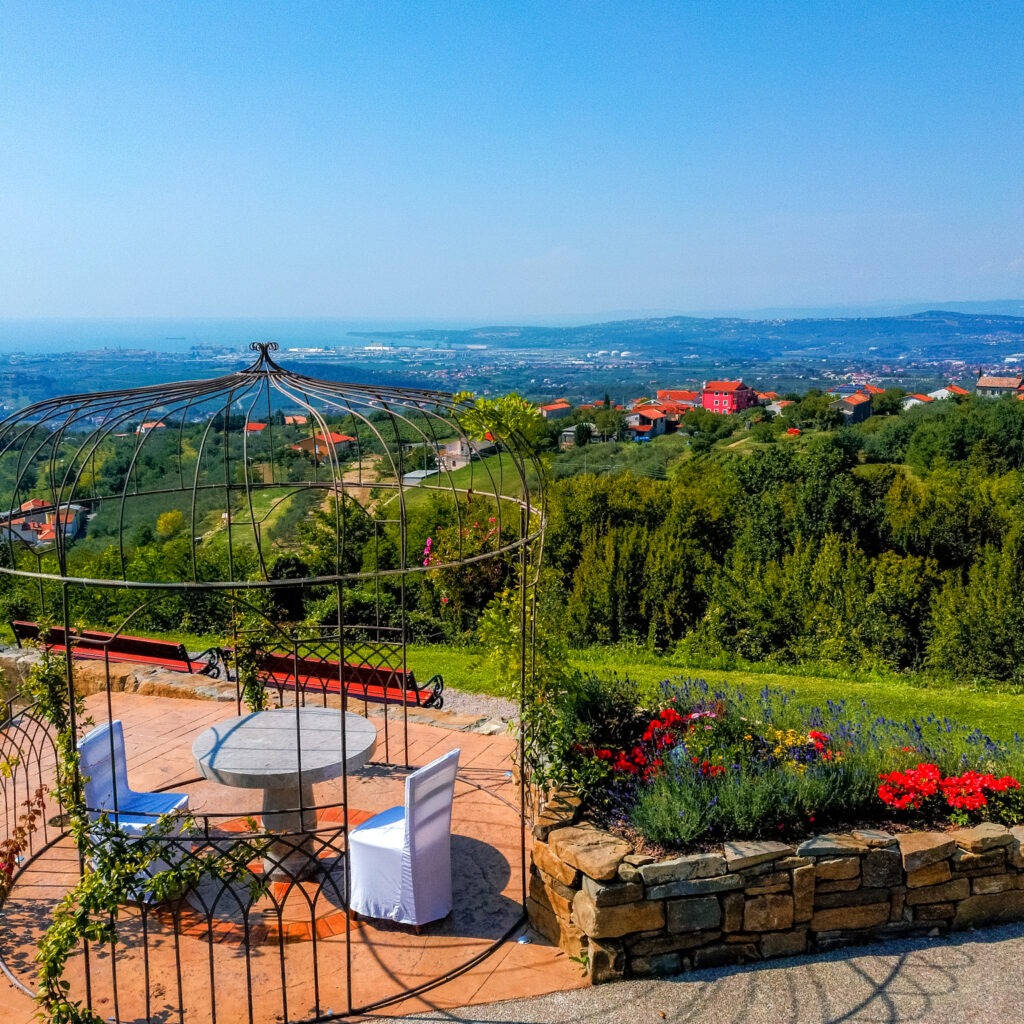 For the third anniversary of the Wine Fountain, they prepared something very special – three days and three concerts with a beautiful view!

The highlight of the Fontana Fest will be on Saturday, August 14, when the groups Žavbi Brothers, Klapa Capris and Mužika Sv. Lazar Boršt will perform; in addition, visitors will also enjoy a performance by the Wind Orchestra of Marezige. The evening will also be enriched by vintage vehicles, which will visit the Wine Fountain in large numbers. This will be followed by the award ceremony for this year’s winners of the Festival of Refošk (Praznik Refoška) and, consequently, the announcement of the winning Refošk, which will replace the Korenika Refošk on the outdoor fountain from Saturday onwards.

They also took care of the transport to the event with the Wine Bus, which will drive on the regular routes between the Soča bus station in Koper and Marezige. The bus will depart from Koper at 6 pm, 7 m and 8 pm; from Marezig at 6.30 pm, 7.30 pm, 10 pm and 11 pm. 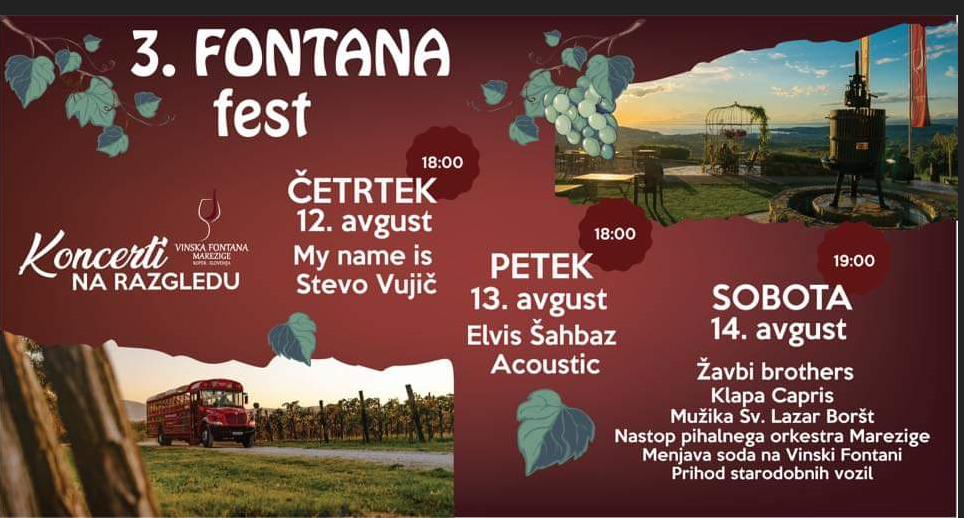