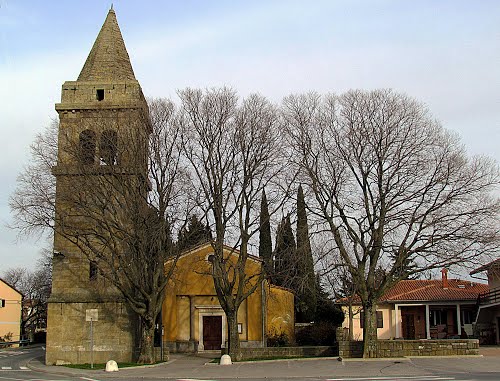 In Marezige, you can visit the Church of the Holy Cross which was built in the late Middle Ages. Although it was originally constructed as a single-nave Gothic church, it was redesigned during the Baroque period and it now has a narrower presbytery and an individually standing bell tower.

The chapel at the edge of the village was constructed in the 19th century.