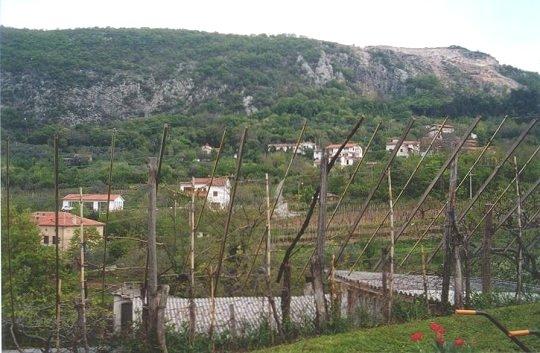 Gabrovica is divided into the old and new village. The old village (which was burned down in May 1944) stands right under the steep Karst hillside, and the formation of the village is likely to be linked to its favourable position.

Approximately 100 metres to the south, Nova Gabrovica was founded after the Second World War, a nucleated village registered as settlement heritage.

Archaeological sites bear witness to human activities as early as in the prehistorical and Roman age.

In the village, there is the medieval Church of St Nicholas, and you can also see a waterhole and place for washing laundry (well preserved water capture of drinking water in a stone reservoir; at the turn of the 19th and 20th centuries) and an old fountain from 1762.

In the Register of immovable cultural heritage of the Republic of Slovenia, the area of Gabrovica-Osp is registered as historical landscape.

In this area, historical events took place which were important for the progress of the National Liberation War (NOB) in the Slovenian Istria. Several buildings are preserved, which prove all of these events.