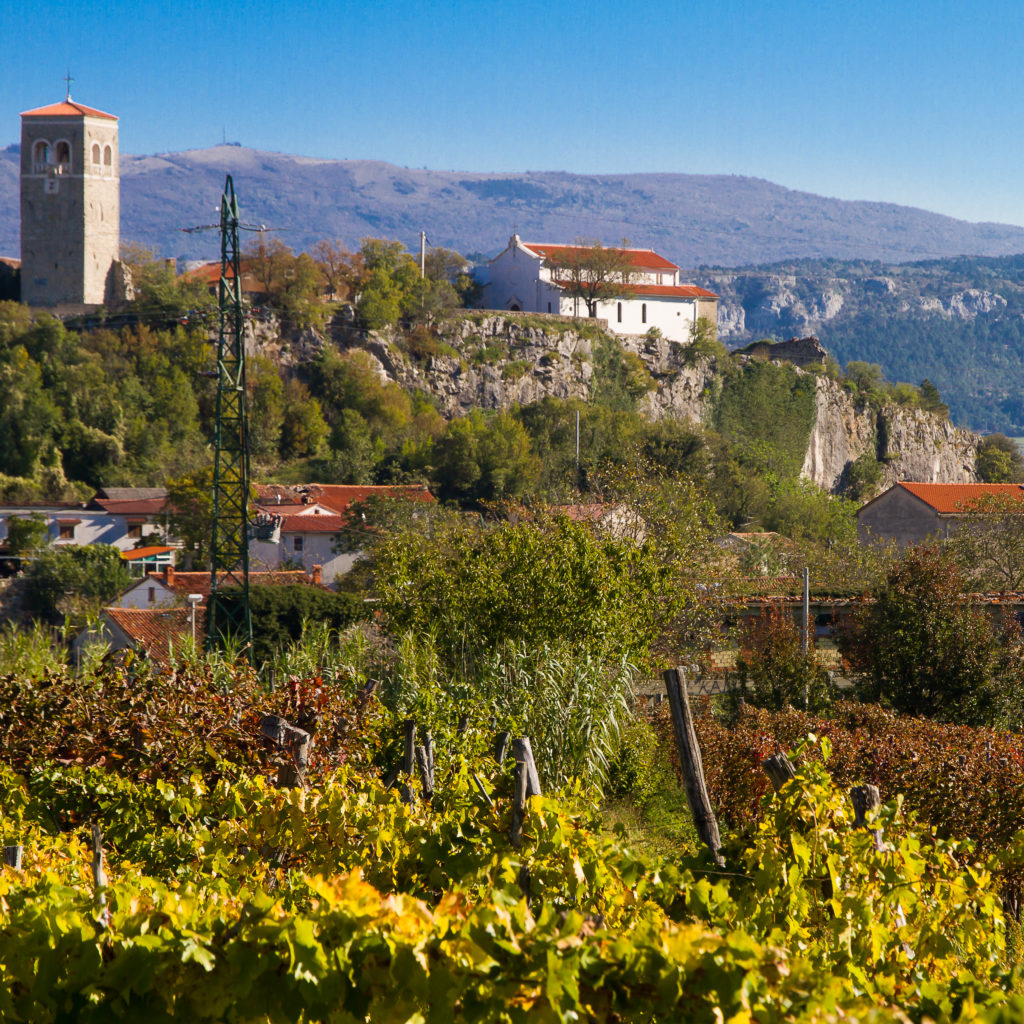 The village of Kubed (in local dialect: Čubed) is registered as settlement heritage in the Register of immovable cultural heritage of the Republic of Slovenia.

The village has a long and narrow structure and lies below the limestone ridge on which there is a permanent camp with a church. The homesteads are set in lines, have closed courtyards and preserve the features of traditional construction.

The village was first mentioned in 1067. However, as is typical of the surrounding villages, also here the archaeological sites bear witness to the existence of prehistoric and ancient settlements.

The village was important already during the Venetian period, when a defence camp (kaštel) was set up here, which served as a control point for the trade route. Later, the camp became an anti-Turkish camp, where also the Church of St Florian was built (1860). This is a very important example of camp architecture in Slovenia, and the whole camp is surrounded by the walls with a tower at the entrance.

In the village, you can also visit a smaller Gothic Church of St Michael with a triangle main facade and a bell gable (1851), and before the village there stands a chapel from 1898 (rectangular ground plan with gable roof).

We also recommend you to visit the Mostičje Mill, a water mill from the 19th century. It is a smaller mill by the river bed, which is preserved in whole, including its equipment. This is a rare still preserved example of miller’s trade in Rižana, once significant economic activity in the municipality.