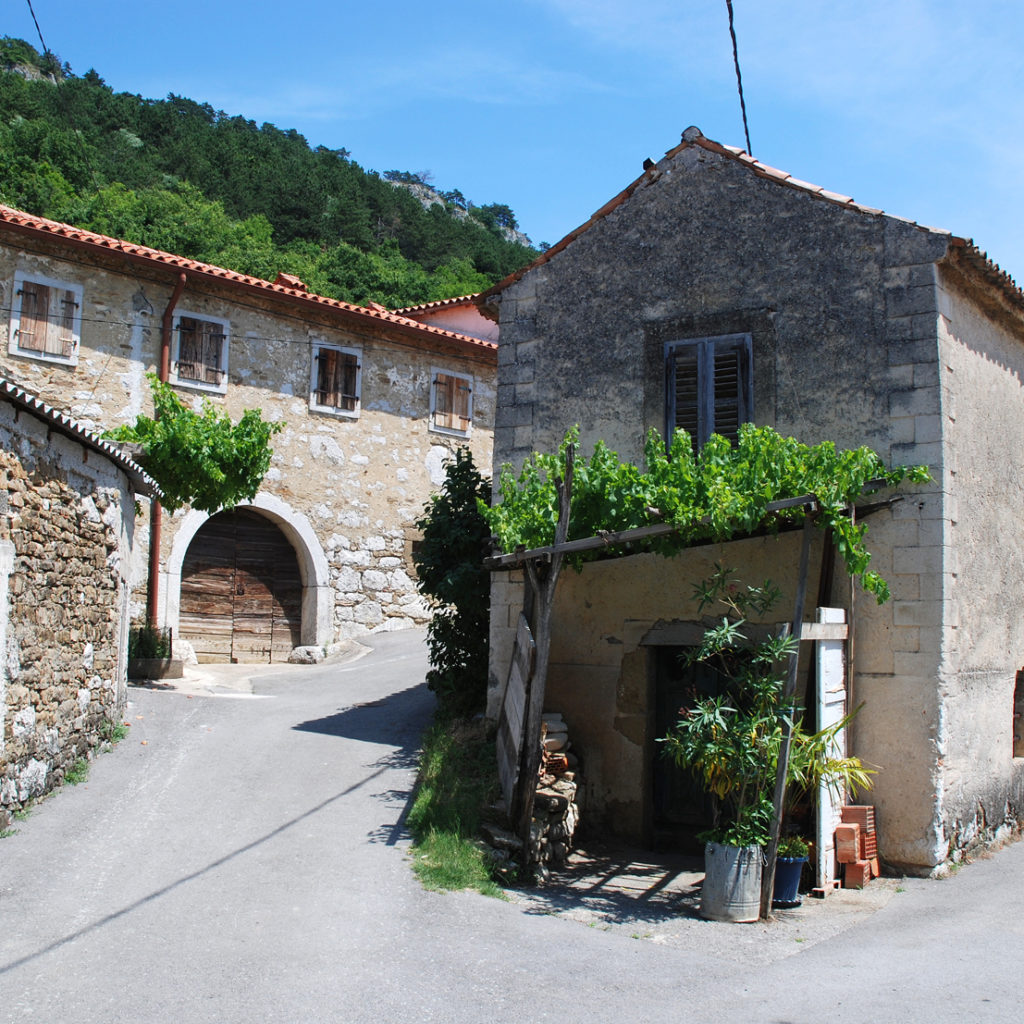 The picturesque village of Podpeč by Črni Kal is a settlement under the Karst edge.

The village is registered as settlement heritage and cultural landscape of the Karst edge in the Register of immovable heritage of the Republic of Slovenia. The cultural landscape includes the Osp Valley, Breg, the area of Val, as well as the Rakitovec and Podgorje Karst.

The tight-built village stands on a steep slope, which descents into the Rižana Valley.

The buildings are built in lanes regarding the formation of layers. Although a significant part of the buildings originates from the period between 15th and 17th centuries, the archaeological sites bear witness to prehistoric settlements in this area.

In the village, you can visit the renovated Prkič House from 1547 – one of the oldest houses in the villages under the Karst edge. The house features stone-made architectural elements (portal, erta, consoles) and an open roofing.

Above the village, at the top of the cliff, there stands a defense tower.

The tower (probably from the 12th century) is built from a carved white stone, and features a ground plan in the form of a circle, four floors and an entrance on the second floor. Secured with cannons it was part of the fortresses on the Venetian-Austrian border.

Below the tower, there is a natural cave, which the villagers used as a shelter during the Turkish invasion.

The Church of St Helen from 1489 stands away from the condensed part of the village.