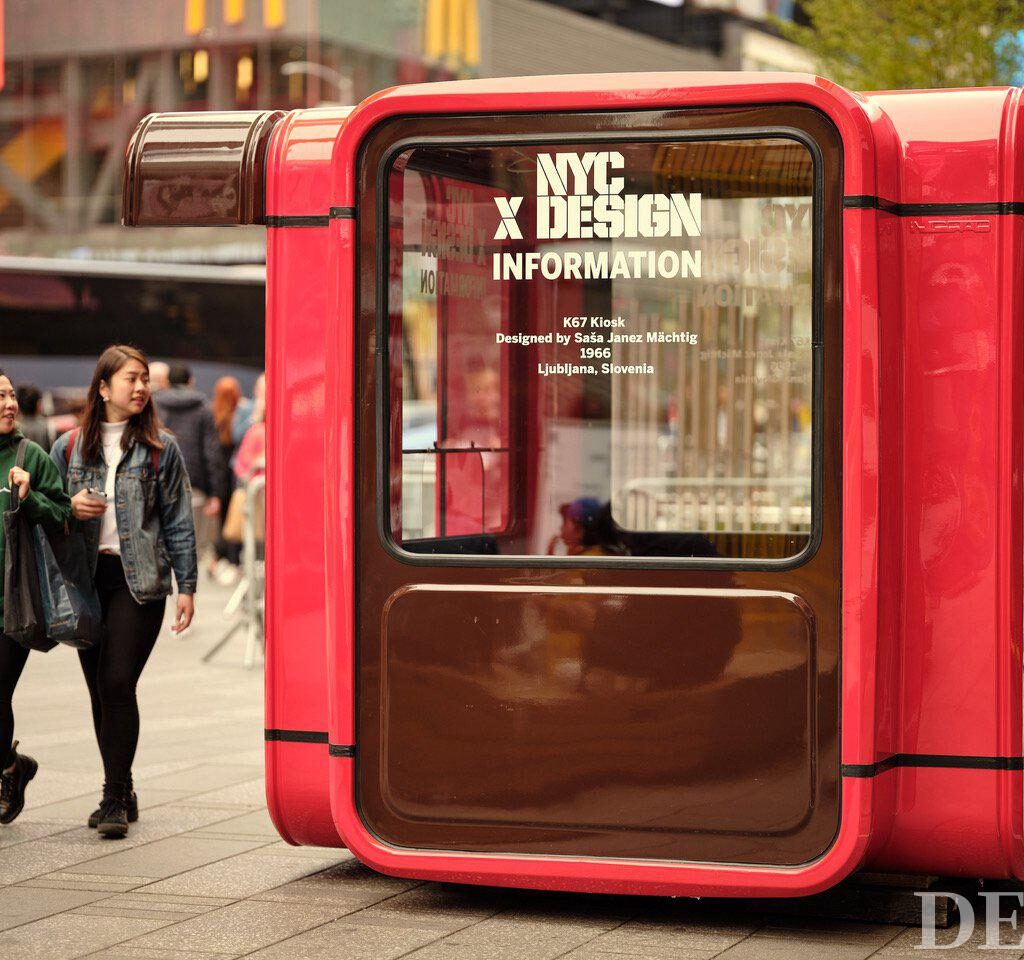 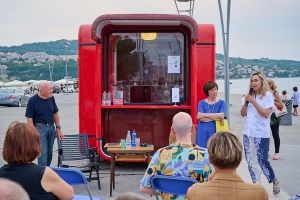 Kiosk K67 is an internationally renowned industrial facility designed in 1968 by Professor Saša Mächtig. Due to its modularity, flexibility and design system, the kiosk has become one of the most popular icons in the history of international industrial design and is reappearing in the urban spaces of Ljubljana, Belgrade, Berlin and New York. The kiosk also lands in Koper, where it will take on the role of a new context generator for the city of Koper performing on Ukmarjev trg until 20 December 2021 at the initiative of Avtomatik Delovišče. The K67 exhibit, which is part of the permanent collection of the Piran Coastal Galleries, is being given a new role of the design of new temporary space of experimentation in the public space.

From 1968 to 1999, about 7,500 units were produced throughout Yugoslavia. Some of them were exported to Poland, Japan, New Zealand, Kenya, Iraq, the Soviet Union and the USA. The system allows unlimited configurations and variations, making it perfect for a variety of customisations and programs. The K67 kiosk can be used for a variety of purposes, from border patrol stations, ski lift ticket shops, florists to retail outlets and fast food stalls. After more than 50 years, it is not only still present, as its popularity is even growing in many cities. The first K67, which became part of the MoMA design collection in New York in 1970, was initially placed on the sidewalk of 53rd Street. He finally got his place in the museum during the MoMA exhibition “Towards a Concrete Utopia: Architecture in Yugoslavia, 1948-1980”, as a subject of mass design.

Maja Vardjan, curator at the MAO Museum of Architecture and Design, estimates that K67 is sustainable in many cities because it is an element located “between architecture and industrial design, integration into the modern city and society, between the rituals of everyday life and last but not least with a persistent ability to reinterpret.” The popularity of the K67 is also reflected in its re-use in Berlin, where it was brought from Slovenia by Martin Ruge and used to establish new content in the Kreuzberg area.

In the context of the urban regeneration of public spaces in Koper, Avtomatik Delovšče is performing tactical urbanism by setting up a K67 kiosk on Ukmarjev trg in Koper. In collaboration with Mara Ambrožič Verderber, acting director of the Piran Coastal Galleries, who enthusiastically responded to the idea of ​​this exceptional street placement of the kiosk in a public space, and has also enabled to temporarily use the K67 kiosk from the permanent collection of the Piran Coastal Galleries. As a unique work of art of modern design, the K67 kiosk is inextricably linked to the concept of the street and street equipment, so it is also located in a public space in Koper, where it is activated as an urban context generator. A similar street intervention was carried out in 2019 in New York City, where the kiosk stood at the intersection of 45th and 46th Streets with Broadway and served as an information hub for the design pavilion in Times Square.

The kiosk will thus be a new and interesting phenomenon for the public of the city of Koper, this time used as a new participatory program of Avtomatik Delovišče. During the installation, various activities will take place at its location, in which the Piran Coastal Galleries, KUD C3, Avtomatik Delovišče, Primorski Summer Festival Association and the Institute for Culture, Tourism and Youth Koper will participate. There will be lectures, discussions, workshops and educational events for citizens, as well as an international summer school, which will be co-organized with the Municipality of Koper in September at the Libertas Cultural Warehouse.

By placing the K67 kiosk in its urban fabric, the Municipality of Koper is thus putting design presentations on the world map. In cooperation with the Primorska Summer Festival, the kiosk hosted a conversation between Neva Zajc, a journalist from Radio Koper, and designer and professor Sašo Mächtig, who ranked among the world’s most important designers. As part of the opening, the talk will be broadcast on Radio Koper, as part of the show »Odprto za srečanja«, on Wednesday evening, July 28, 2021 at 8 p.m. A recording of the conversation will later be available on the https://www.rtvslo.si/4d/arhiv/174794652?s=radio website.

We will follow you about the program of public artistic and creative events!

For more information, write to: avtomatkdelovisce@gmail.com