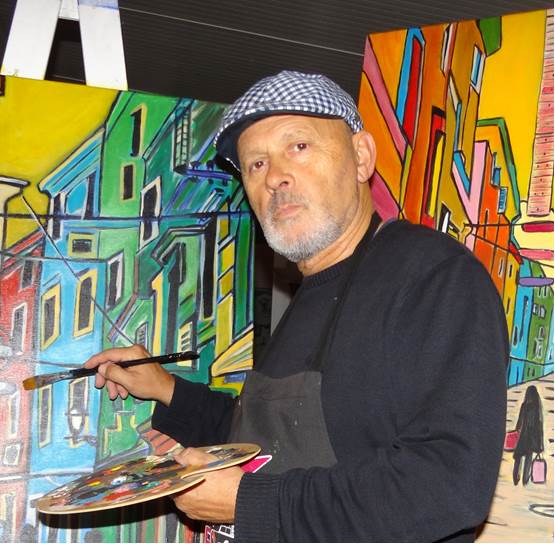 Opening of the painting exhibition: Taljub Lapanje – Streets of return

You are kindly invited to the Opening of the painting exhibition of the amateur painter Taljub Lapanje, winner of VII. Extempore in the Old Town of Koper, titled »Fresh. Sunny. Juicy!« (2018).

He was born in Koper and is better known to the public as a guitar player. He works as a class teacher at Anton Ukmar Primary School in Koper. He started painting around the year 2000, in 2017 he joined the Society of Fine Artists Vrtnica from Portorož. In 2018 he received the 1st prize on VIII. Extempore in the Old Town of Koper and the same year also the Grand Redemption Prize at LIII. International Painting Extempore in Piran. A year later, on the IX. Extempore in the Old Town of Koper he received praise for its artistic achievement. His works are exhibited often at the Caffe Galeria in Piran. This time, the author will open the exhibition in a special way, with a guitar performance.