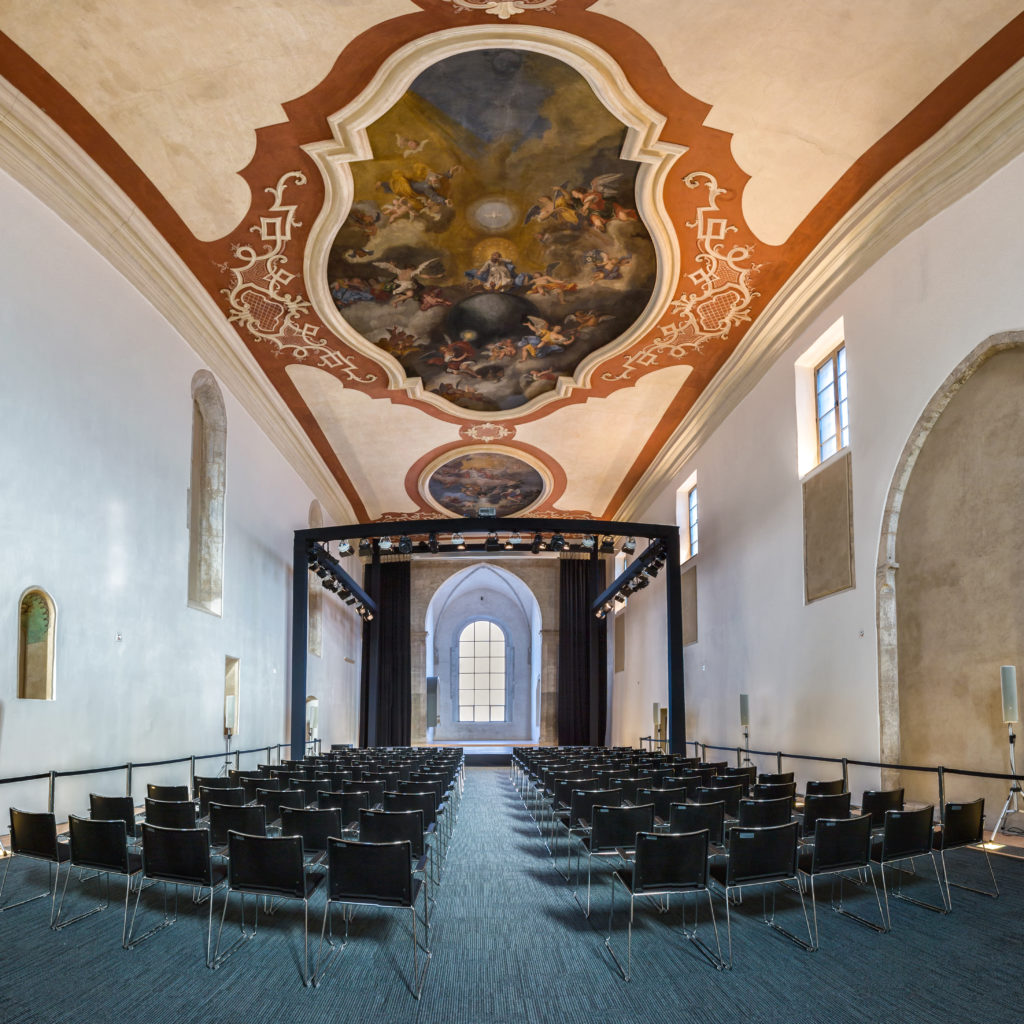 The monastery with a mediaeval design was built in the 13th century. It served as the headquarters of the inquisition in the area of Istria during the middle of the 16th century.

The cloister of the monastery was renovated in the 18th century. It was dissolved as a monastery in 1806 and from then on it served as a military post, middle school, teacher training school and high school. Today, Koper High School is located on the premises of the monastery.

The Church of St Francis of Assisi is a traditional Gothic church of the Mendicant orders with a single-nave hall.

It was built in 1268 and decorated in the Baroque style in the middle of the 18th century. In 1806, it was dissolved and all of the furnishings were removed. The church is located next to the Minorite monastery, near the Monastery of St Claire.

During the time of the Austrian supremacy it was transformed into a school gym.

It was renovated between the years 2012 and 2014 and now serves as a ceremonial and entertainment hall.