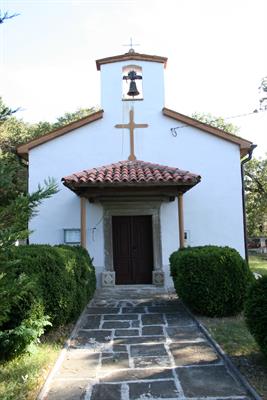 The village Church of St Rufus with a cemetery was built in the first half of the 19th century. The single-nave church has a bell-gable, a main altar and two side altars.

The chapel in the middle of the village was built around 1900.

Antique settlement findings (a potential villa rustica) were discovered around the church and there are mentions of another 12th century medieval church with a cemetery on the north-eastern side of this church.