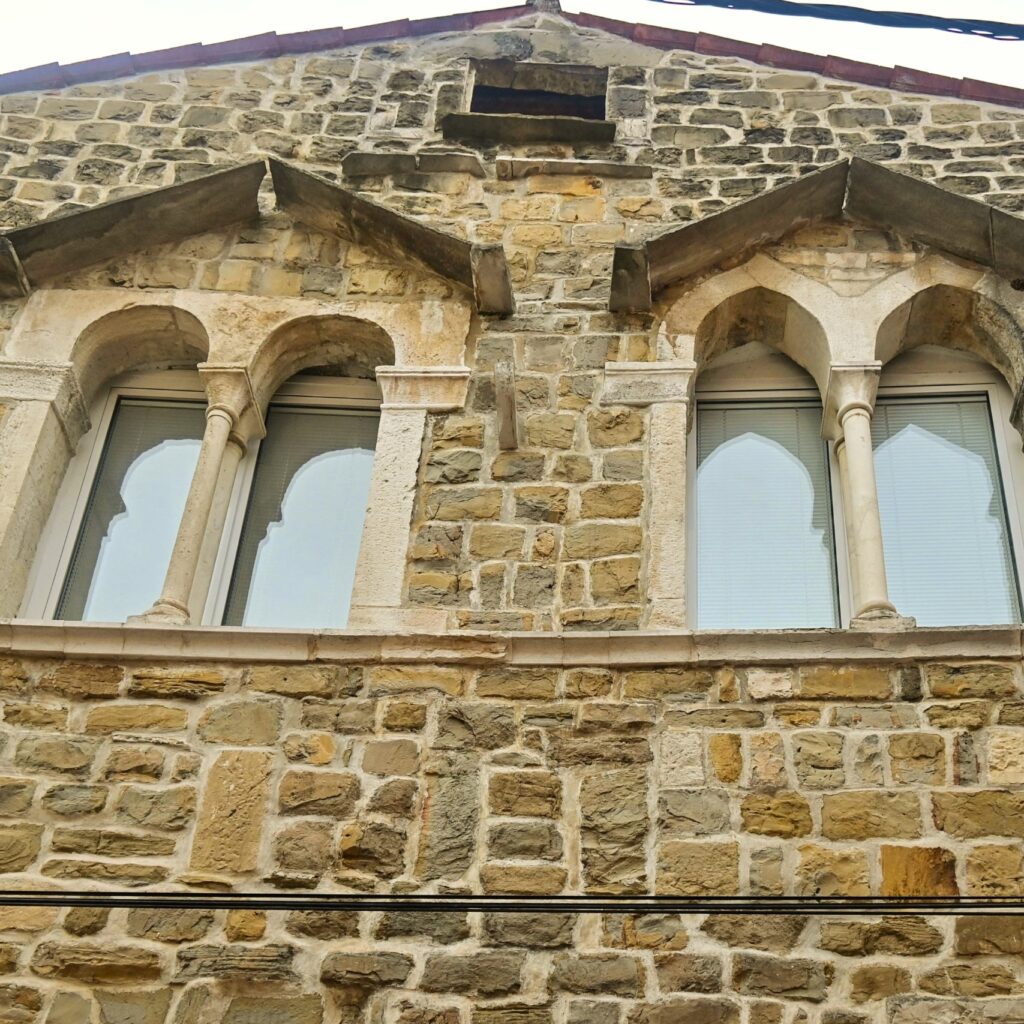 This house is one of the oldest preserved Romanesque-Gothic buildings in Koper.

It was likely built in the 14th century, even though some of the sources allow for the possibility of it being built later; the windows are also thought to have been designed at a later date.

According to estimations, the portal on the eastern façade originates in the 18th century.

In the folk memory of the locals, the building is also known as the “Tribunale vecchio” or the “old court”, which could mean that it had an important public function in the past.

Its current name is a reference to the last owner of the building.