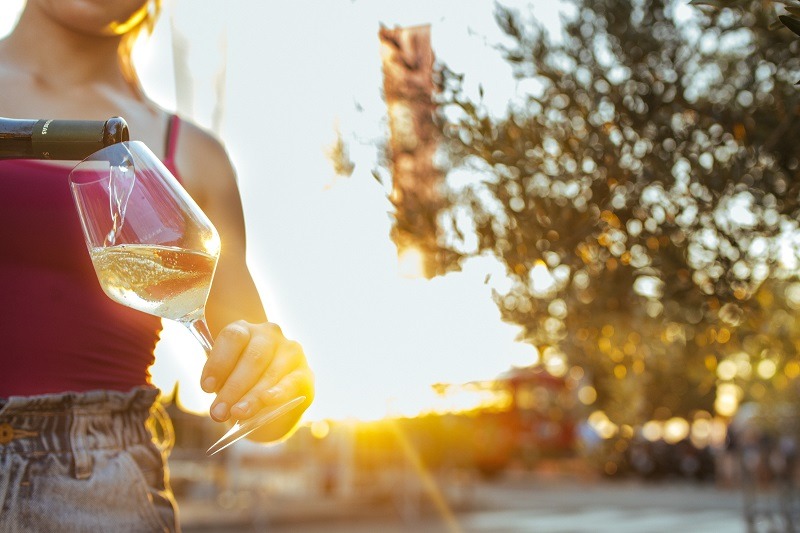 The remaining days of summer in the Slovenian Istria will be filled by numerous events. There will be no shortage of big concerts as well as smaller, more intimate ones. Of course, there will also be events for art-lovers, kids, and, since Istria is also a place of good food and drinks, there will be a rich culinary programme.

Istrian tastes – all in one place

For experiencing the tastes of our Istria, you should mark two dates and visit us at two culinary events – one in Dekani and the other in Izola. Any true gourmet enthusiast will love the third edition of the Altroke Istra Gourmet Festival that will take place on 26th August in Dekani. On the first Saturday in September, 4th September, you can attend the second Izola Street Food – Pier of Tastes, which will also serve as a tasty introduction to the Cod Days, taking place during 10th and 26th September.

The first event in August will take place in Valdoltra in Ankaran, in the form of a series of free events titled Summer, Culture in Ankaran. Music fans will be able to visit three excellent concerts. On 14th August, you will be able to attend a concert by Gal Gjurin with his group and a Canadian guest, Veronica Charnley, together with her entertaining ensemble. There will also be a special guest performance by Gal’s 11-year-old son – author, percussionist, pianist and singer son, Kras Gjurin. On 21st August, the Coast will be flooded by the mixture of New Orleans Swing and French Chanson melodies, which will be performed by the group Počeni škafi. And on the last Saturday in August, you can visit a concert by Fake Orchestra, renowned by their arrangements of Slovenian folk songs into modern musical forms.

In Koper, events are spread through the whole week. Mondays are reserved for the uplifting free concerts in the Tavern. On 16th August, there will be a performance by Golnar & Mahan, then on 23rd, a performance by Goran Rukavina trio, and on 30th August, when these evenings conclude, there will be a performance by the Roya Quartet. The summer musical programme in August will also include a Summer with Pearls Festival (Festival Poletje z biseri), which will recur every Wednesday. On 11th August, Capodistria Square will host a performance by Fed Horses – Čedahuči – Dagi, while on 18th August, the “pearl necklace” will be concluded by Tokac and Hamo. On Tuesdays, you can listen to the melodies of the JEFF Festival, with its final evening on 27th August – the events will take place in the outer atrium of the Praetorian Palace. There will also be a lot of events in the countryside, with a Thursday’s musical evenings cycle From Črni Kal Downward (Od Črnega Kala dol) and musical cycle Čubed under the Pine Trees (Čubed pod borovci) in Kubed.

If you find yourself in Izola and want to feel the town’s summer beat, we kindly invite you to visit the events in the Pietro Coppo Park or, if you desire even more intimate events, at Ljubljana Street. In the park, fans of alternative rock will be able to enjoy the concert by Year of Rookie on 13th August, while already on the next day, the melodies will become calmer. You will be able to listen to Slovene folk songs, performed by Marjetka Popovski. On Sunday, the weekend will be concluded by the local author, guitarist and singer, Yan Bary. On 19th August, the park will host a concert of chamber music groups.

Portorož will host Summer of Portorož – a series of free events  that also include concerts in Rožnem vrtu every Tuesday and Thursday. On Sundays, the events in Portorož will conclude on the Portorož Platform in the form of Istrian Folklore and Musical Evenings. A ot will be happening at the meadow in front of the Epicentre in Lucija as well. Among other things, Summer at the Meadow (Poletje na travniku) will include three concerts. On Wednesday evenings, 1st May Square (Prvomajski trg) in Piran will host the Piran Summer Beat, which will include the performances by Ana Pupedan, Jure Lesar and Anika Horvat in August. Classical music fans will get to enjoy the 20th Tartini Festival that will occur in Piran from 21st August until 9th September, and it will bring you the true classics of Baroque chamber music.

For all who missed large concerts

Major events in Koper also include the Summer Afro Latin Festival, which will take place from 11th until 15th August.  On 14th August all rock fans are invited to come to Arrigoni and the performance by Hamo & Tribute 2 Love, while on 20th August, the location will be filled with the music of the Beatles, as it will host a concert by Help! A Beatles Tribute. Portorož Nights will include the performances of three excellent Slovene performers – the Auditorium’s amphitheatre will host the concerts by Portorož Nights (10th August) and Vlado Kreslin and Mali bogovi (13th August), and the cycle of Portorož Nights will be concluded by the unstoppable Magnifico (14th August).

Theatre fans should mark Thursday, 26th August at their calendars,  v Ankaran will host the theatre play Gola (Naked), Featuring Maja Blagovič and Tinkara Kovač. Tuesadys at the Martinč Square in Koper are also reserved for theatre performances. Izola’ Pietro Coppo park will host a stand-up comedy performance by Gašper Bergant on 12th August, while the guests to Arrigoni will be able to enjoy the stand-up performance by Tadej Toš on the following day. At the end of August, from 25th until 29th, Izola’s Kino otoku – Isola Cinema will once again host an open-air film screening. This very popular annual summer festival combines extraordinary artists and their cinematic creations, a relaxed atmosphere and socializing of film fans under the magical Izola pine-trees- Film screenings are also taking place in Portorož, where the Rose Garden host the cinema under the stars on Mondays, while Summer at the Meadow will also host two film screenings and three evenings of comedy. Summer cultural events in Piran and Portorož will also be even richer due to the excellent painting art. All the way until the end of September, different venues will host the exhibitions of works by Safet Zec and Cesare dell’Acque. Also, an event with one of the longest traditions in the area begins on 28th August – the 56th Ex-Tempore Piran.

Children will be able to enjoy the Juhuhu, spet smo tu (Hooray, we are here again) children’s programme in Piran, while from 19th until 22nd August, the town will also host the 4th International “Kamšibaj” Festival, White Dolphin. 15th August our youngest visitors will be able to visit the performance by Pippi Langstrumpf and the pirate Val.