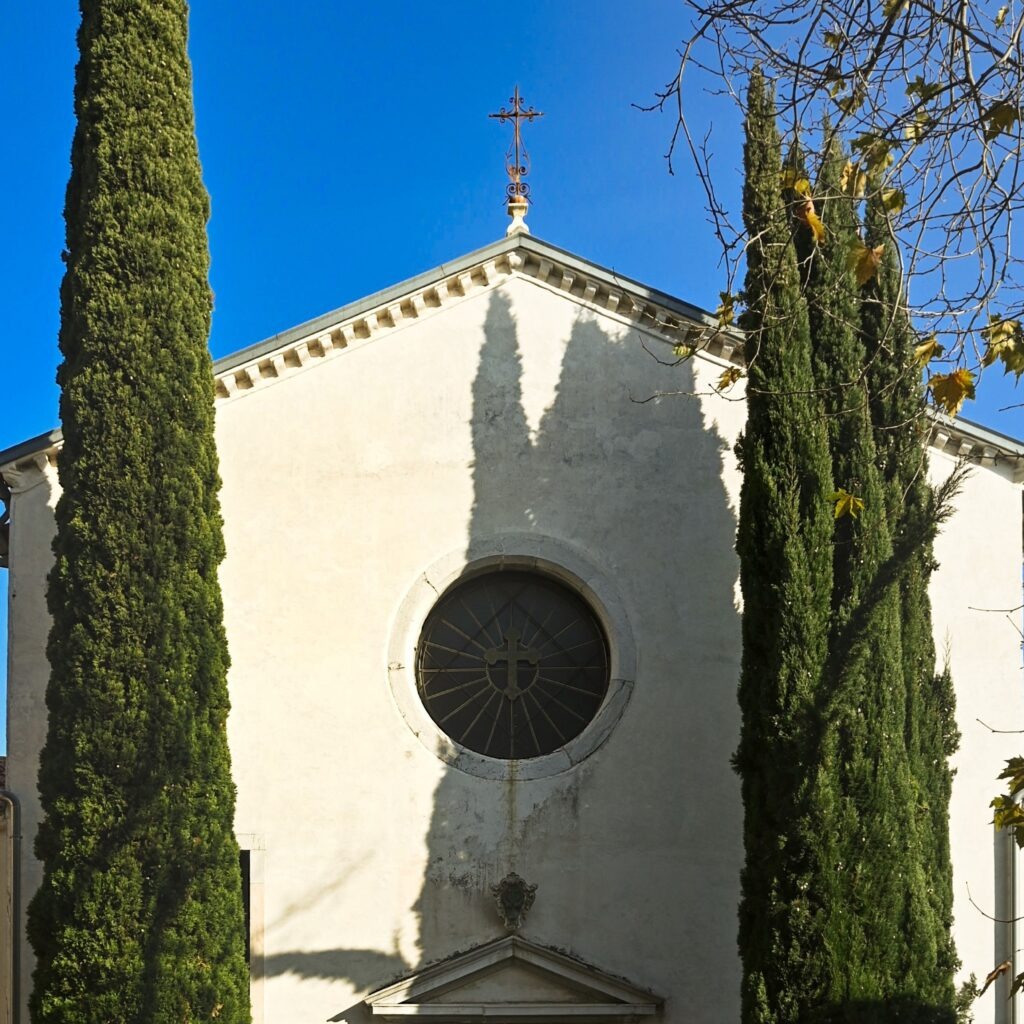 You can admire the former monastery and the Capuchin Church of St Martha on tiny Giordanov trg Square.

At one point, the square was known as the “Campo dei Cappuccini” after this branch of the Franciscan order. Members of the Capuchin order lived here until World War II, when the monastery was dissolved.

The modestly decorated single-nave aisleless church with a rectangular presbytery was built between the years 1621 and 1624.

The former monastery was also re-purposed and is now used as the Centre for Social Work Koper.