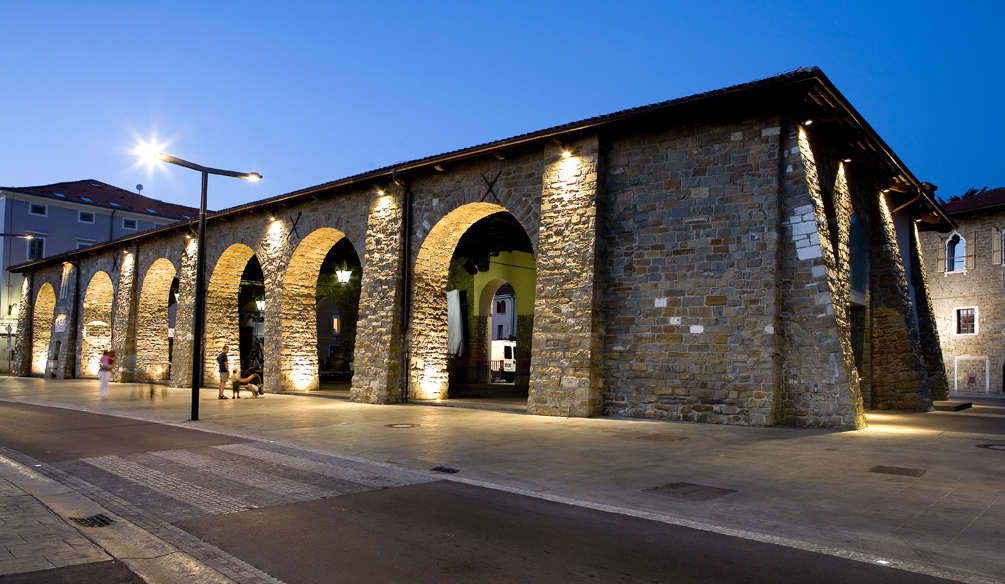 The salt storage was built in the 17th century along the defensive wall and the old pier of Koper.

After the initial conflict with the Republic of Venice (first time in 1145), where Koper was defeated and forced to pledge the so-called “loyalty oath” to the Venetian doge, Koper did not participate in subsequent conflicts (it remained loyal to the Venetians) and thus received the right to a salt monopoly port in 1182 for 29 years as an expression of gratitude, which gave it the exclusive right to import salt to the mainland in the area between Grado and Pula. With this, Koper established its economic supremacy over Istrian towns.

Nowadays, Taverna is a popular venue for events.

We use cookies to ensure that we give you the best experience on our website. If you continue to use this site we will assume that you are happy with it.I AgreeRejectRead more