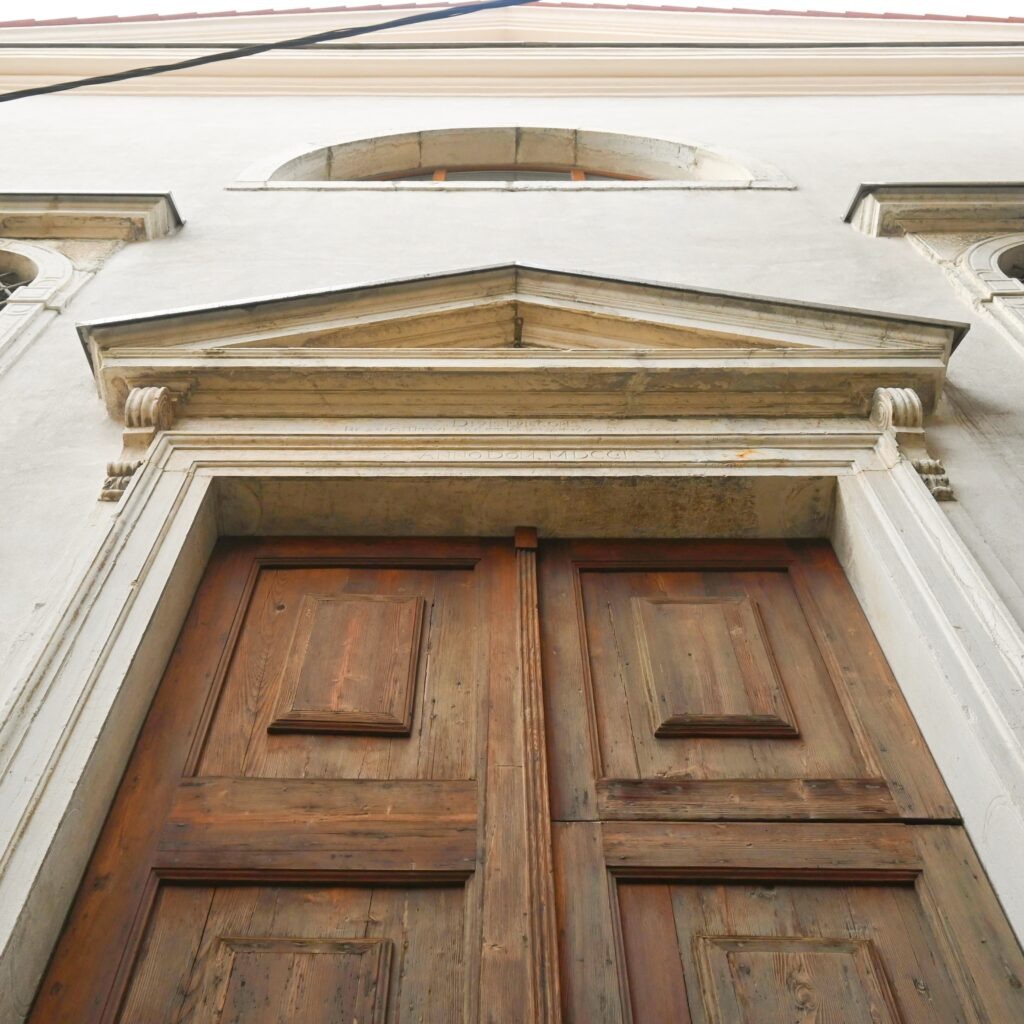 The Bishop of Koper, Paolo Naldini, is buried in this mediaeval, aisleless church, which was renovated in the Baroque style.

Originally, the Monastery of Augustinian nuns, who had their order in Koper since the Middle Ages, belonged to the church. The church received its current look during the early years of the 18th century (it was re-dedicated in 1701), which was also due to the support of the Bishop Naldini, who was a member of the male order of St Augusts. As a sign of their gratitude, the monastic community erected a sculpture of the Bishop and placed it by the church’s nave.

After World War II, the church was nationalised and turned into a storage space. It was renovated after being returned to the bishopric of Koper. Nowadays, the church is suitable for worship and visits.