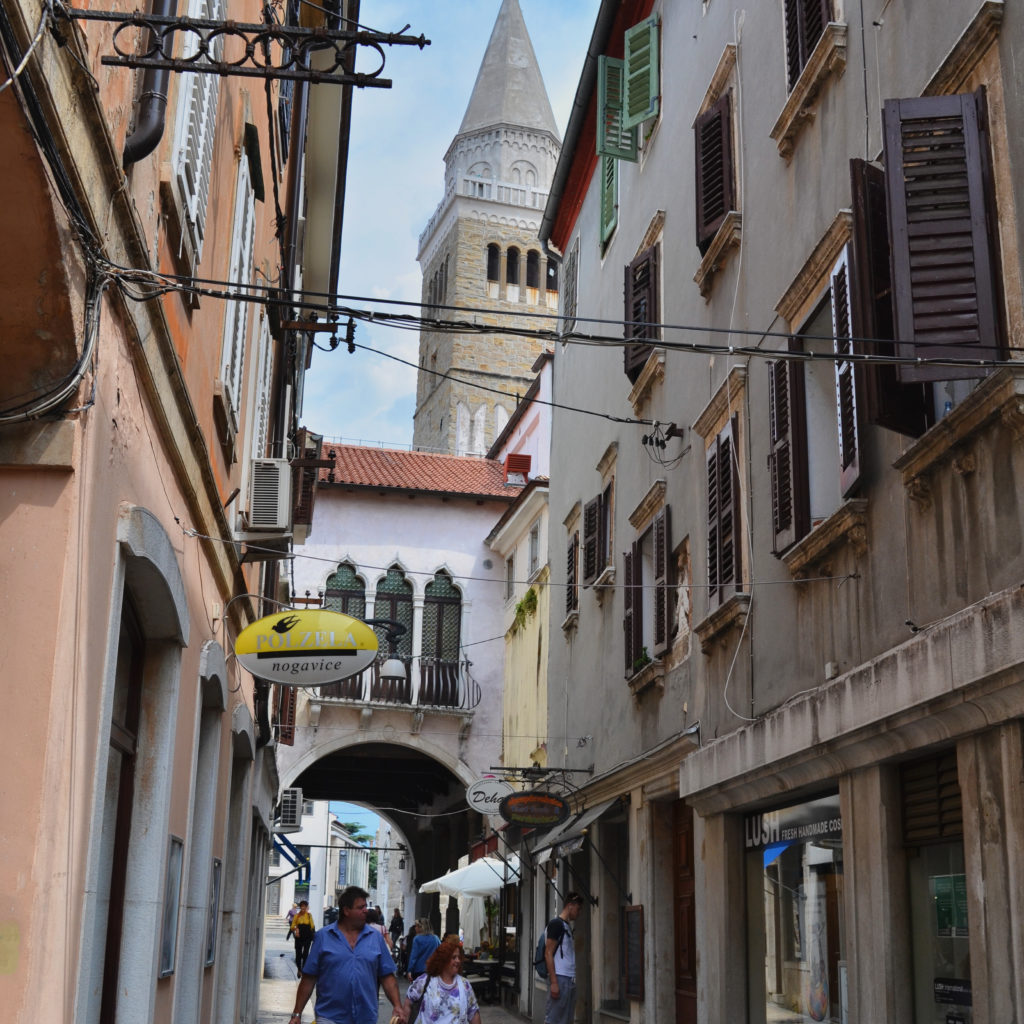 From the central town square, you can turn into the winding main walking alley of the old town centre, Čevljarska ulica.

Its name stems from the fact that, in the past, cobblers’ workshops were mainly situated there. Otherwise also known as Calegaria, this street has been welcoming traders and artisans for centuries. Their business premises are located on the ground floors of some palaces. Here, you can also admire various palaces and special houses, some of which are slightly secluded from the street.

Two other interesting buildings on that street are the Biscontini – Minca house from the 16th century with a preserved Renaissance entrance portal (Čevljarska ulica 30) and the palace located at Čevljarska ulica 38.

When taking a walk down the street, we also recommend you stop in the Galerija Meduza Koper gallery (Čevljarska ulica 34). 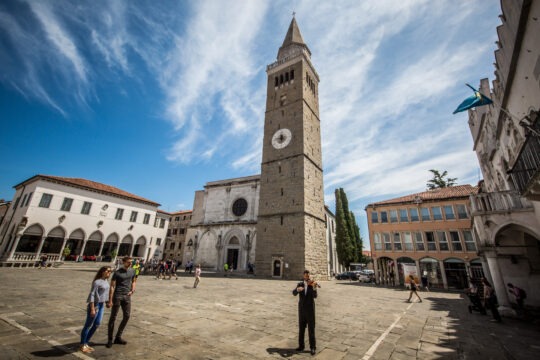 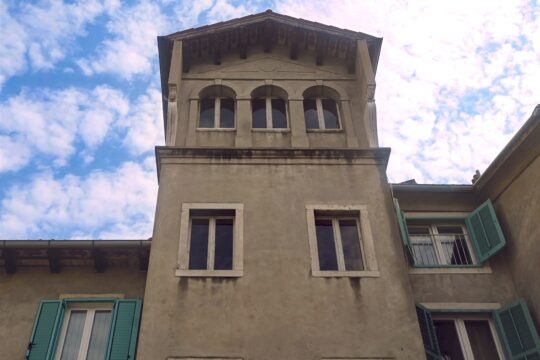