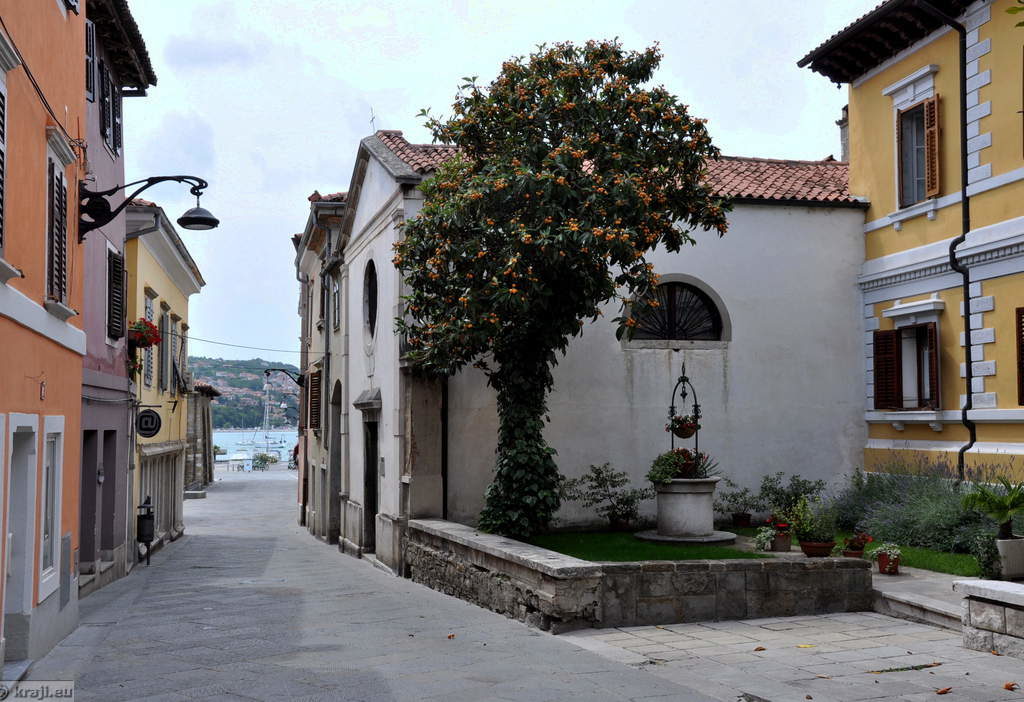 Even though the plaque on the façade of this single-nave church in the Baroque style lists the year 1594 as the date of its construction, the foundations of the church are probably older. According to some sources, this is the year of its last dedication.

The ceiling is painted and the canvases depicting the life of St Nicholas were created in the first half of the 17th century. The church also features a copy of Carpaccio’s work – Mary with child on a throne and the original adorns the cathedral.

The construction of the church was originally ordered by the Brotherhood of Sailors.

St Nicholas is namely the patron saint of sailors and fishermen, which is why the church was mainly visited by sailors and their families. They supposedly brought various offerings to the church after surviving accidents at sea.

As is the case elsewhere, the church in Koper dedicated to this saint was built near the sea, allowing sailors and fishermen to pay their respects and to ask for the saint’s protection during their journey over the sea.

It is probably due to this church and its location that locals dubbed it the Kidričeva ulica “zo-pel-porto” (down to the port), and between 1095 and 1919 it was also known as “Calletta chiusa S. Niccolò” (the small street of St Nicholas).

(Since 1956, the street is named after Boris Kidrič, a Slovenian communist, Partisan, politician and national hero.)