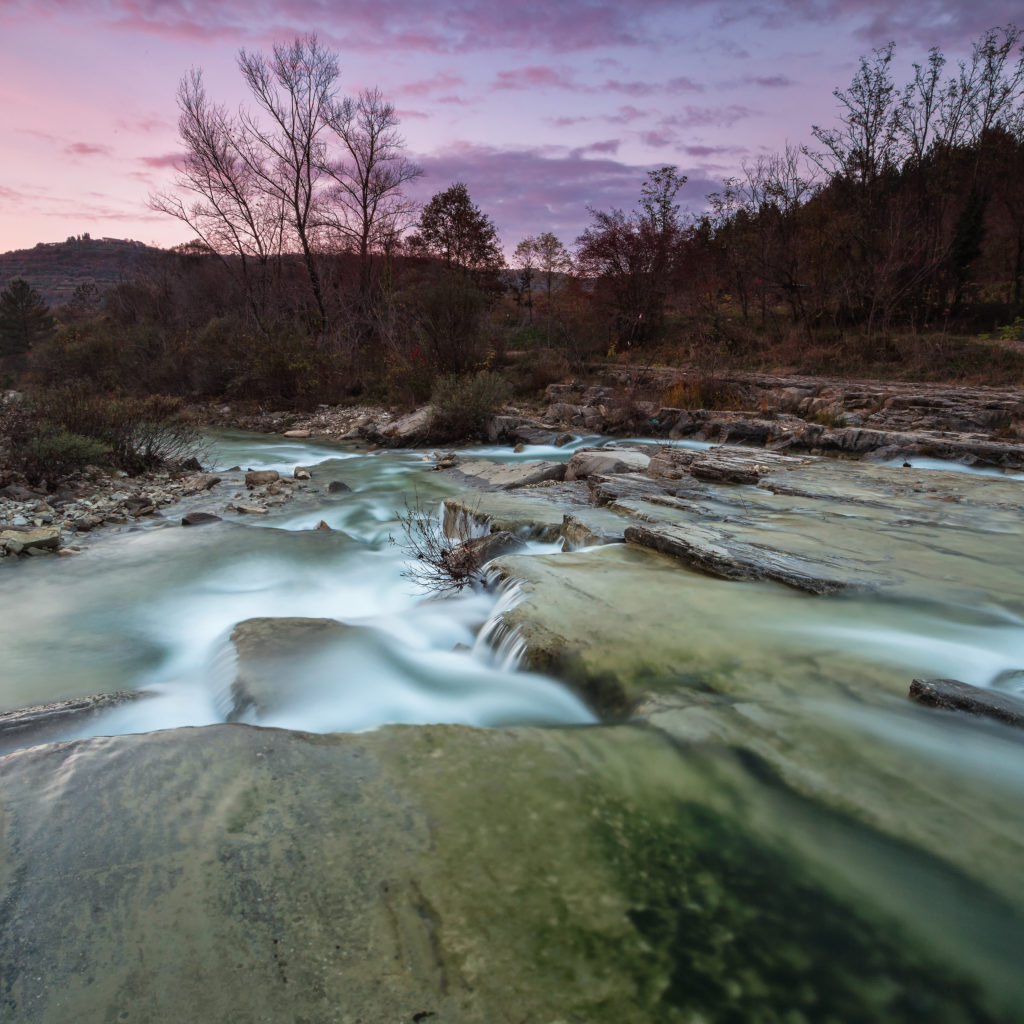 The Dragonja river valley is one of the most beautiful natural attractions of the Slovenian Istria.

The Dragonja river is about 30 kilometres long and forms the border between Slovenia and Croatia, as well as a natural link between the Karst plateau, the flysch Istria, and Adriatic Sea. One of the characteristics of the river is the fact that it does not have one spring, but rather several smaller springs located along the edge of the Šavrin Hills or under the Poletiči and Galantiči hamlets.

Together with its affluents, the river has created waterfalls, cascades, rock-shelters, pools, and meanders. Some claim that Dragonja got its name due to its winding course (meanders). The name supposedly originated from the Italian word “drago” (dragon), as the river winds like a dragon.

In the lower part of the valley, where it meets the sea, the Dragonja river shaped a plain where later the Sečovlje Salt Pans were created. The Dragonja river lower stream has been protected as a natural monument since 1990.

During drought, the river almost completely dries up, which is particularly interesting.

On the slopes on the river banks, you can admire olive groves, vineyards, and a wide range of other plants and animals that have adapted to the specific “rhythm” of the river.

In the Dragonja valley, there used to be around 40 operating mills. Today, you can see the renovated Kodarin Mill (below Koštabona) and Mazurin Mill (below Trsek), as well as the remains of some other mills.